[This post is a slightly expanded and referenced version of a five-minute presentation I gave to the Exeter City Futures Spring Connect meeting on 8 March 2017.]

There is resistance to high density housing.  Perhaps it’s in the descriptor.  More likely it’s memories of the poorly-designed high-rise blocks built in the 1960s and 1970s to which families were relocated from older inner city housing (“slum clearance” as the planners and local politicians liked to call it).  The Aylesbury estate in Walworth, south-east London, was one of the more notorious examples.  Built at a density of about 95 dwellings per hectare (dph) [1], it designed in crime and anti-social behaviour and became a byword for urban decay.  Tony Blair made his first speech as prime minister there, using the estate as a symbol of all that New Labour was going to put right.

Yet high-density housing has been with us for centuries.  Mansion flats in central London, the Georgian terraces in Bath, 19th century tenements in Glasgow and Edinburgh – these are now seen as highly desirable places to live.

My post Wider still and wider – time to call a halt explained how current house-building planning in Exeter is favouring sprawl across green fields rather than designing higher density housing within the city’s urban footprint.  Today’s post seeks to demonstrate that, within Exeter, high density housing has a long history and can be found in some of today’s most desirable areas of the city.

What are the benefits of high-density living?  Apart from reduced land-take, there are two others which coincide with Exeter City Futures own priorities.  It can help reduce domestic energy use, although the evidence here is not conclusive [2].  More obviously, it helps reduce the need to travel and therefore congestion.  If we can get our spatial planning right, we can have more people living in city centres and inner city areas, which is where people come to, for work, shopping, education and leisure.

However, I’m not going to argue in favour of high-rise accommodation.  Quite apart from being out of keeping with Exeter’s generally low roof-lines, there is good evidence that high-rise is not the most effective way of increasing density.  Courtyard developments have been shown to produce higher dph than high rise [2, again].  And there is evidence that tall buildings, say 12 stories plus, increase energy consumption.

What we have in abundance in Victorian and Edwardian Exeter are examples of low-rise high-density housing, almost all with their own front doors.  In Mount Pleasant, the average density is in the 70-80 dph range: these elegant and substantial terraced houses in Elmside are built at about 77 dph: 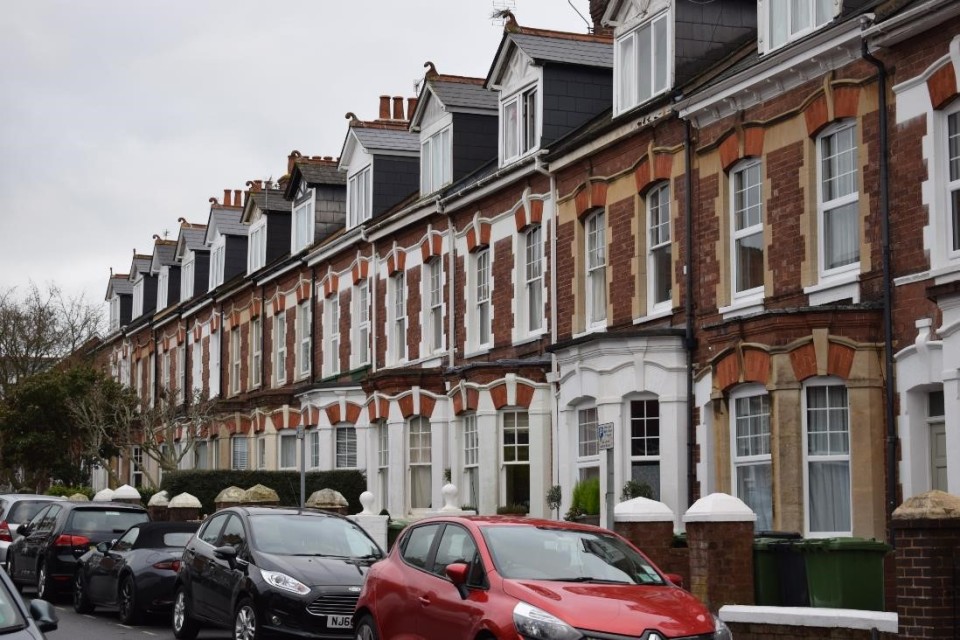 And, below, the northern end of Polsloe Road at about 75 dph: 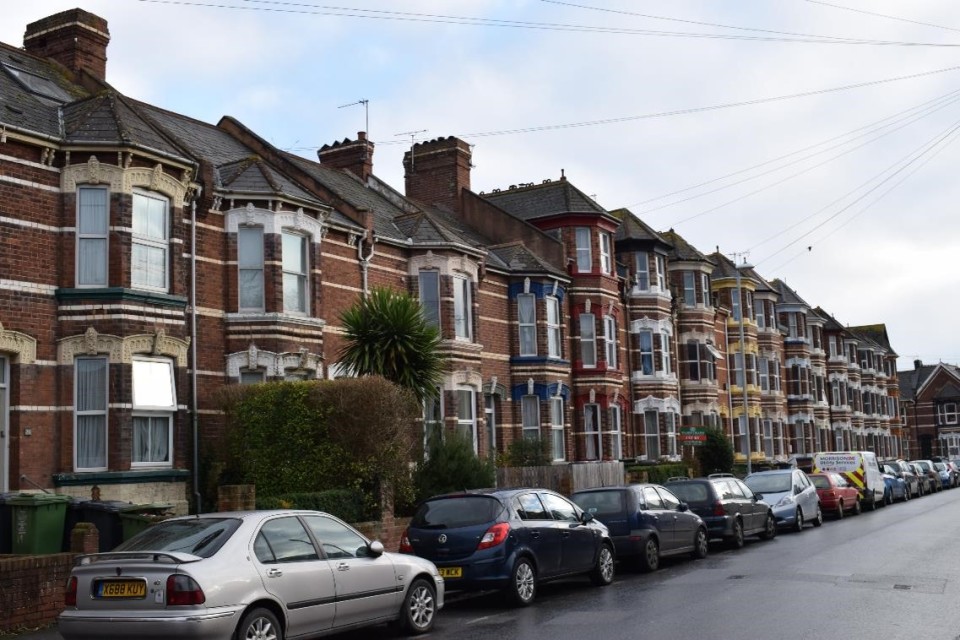 Contrast this with the estates in the eastern end of the city.  The Newcourt development planned for 3500 dwellings at 45-55 dph.  The planning application for housing at Tithebarn Lane in Monkerton assumed 28 dph, less than set out in area masterplan (whicn envisaged a minimum of 35 dph). My earlier post discusses in more detail how the city council’s residential design guidelines are, or are not, applied, and I won’t repeat that here.  Suffice it to say that prejudice against high-density housing appears to be a phenomenon of the second half of the 20th century, and not something that is inherent in our make-up.  After all, as a recent Sunday Times article noted with glee: “Exeter is attracting a growing number of part-time commuters who can work from home, taking advantage of the excellent broadband (nearly 90% of homes can get ultrafast speeds). They’re helping to make it the fastest-growing city in the UK, pushing up house prices. Nowhere is this more evident than in the leafy, stuccoed district of St Leonard’s. It’s the place to live, and even the shabbiest period semi will set you back £600,000.”[3].  You can in fact pick up a more modest terraced house in St Leonard’s for less than that, but the price still packs a hefty “St Leonard’s premium” – and at very efficient densities.  The picture below shows a terrace at the southern end of St Leonard’s Road of 89 dph. 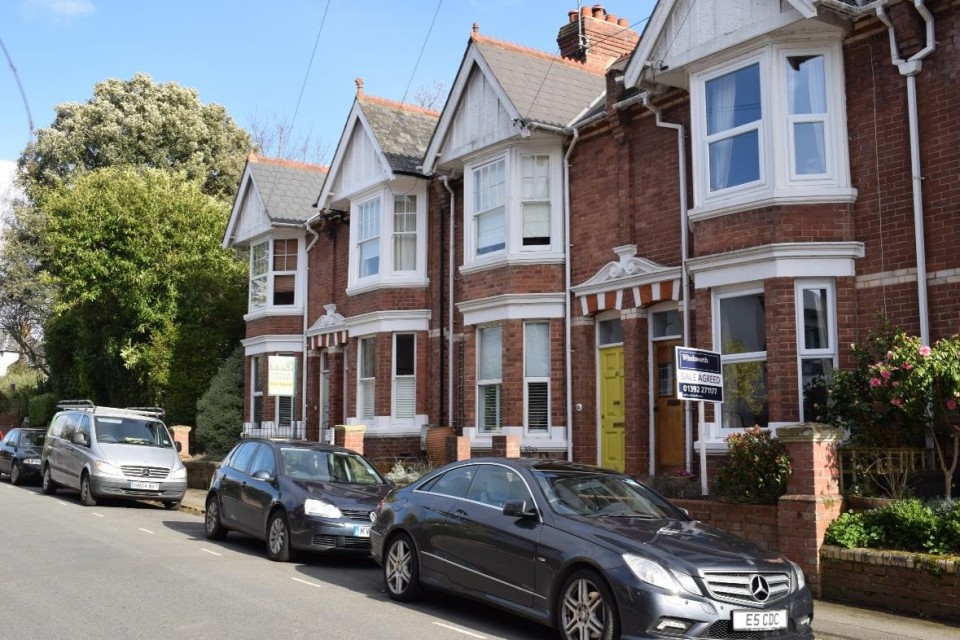 What this suggests to me is that we don’t have a collective prejudice against high-density housing but that we do dislike badly designed and/or poorly located high density accommodation.  I won’t name the apartment block in the photo below but it was built in the 1950s as part of a major expansion of Exeter. 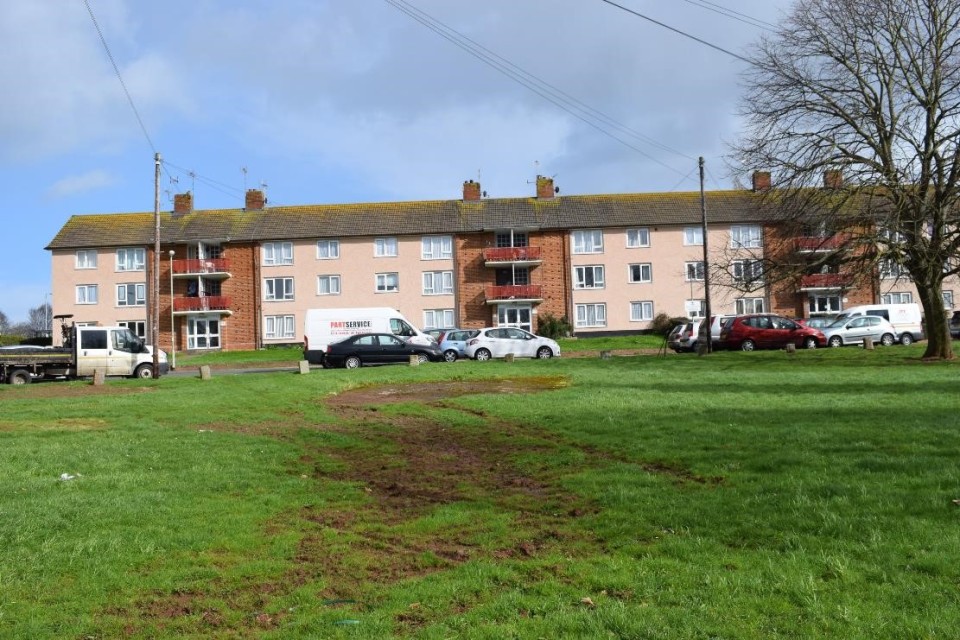 Compare it with a similar design built in 2016, not all that far away. 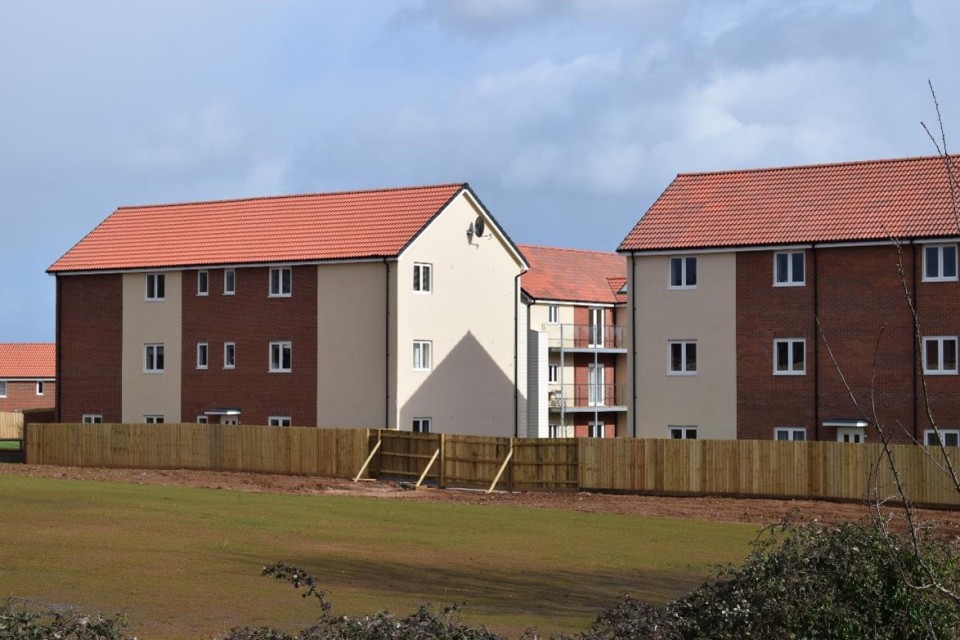 We don’t seem to have learned much about making apartment blocks attractive to look at.

We can do it, though.  This conversion on Clifton Hill contains 10 apartments. 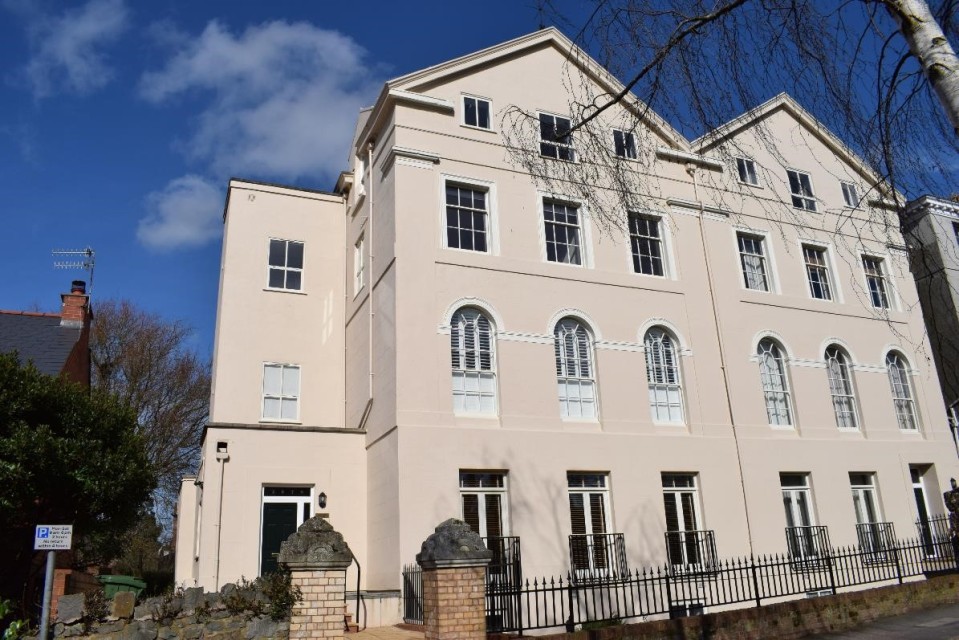 And we can be inspired by others.  My post A Tale of two urban extensions showed how Freiburg in Germany built interesting and liveable high-density housing.

So to overcome the problems we face of badly designed and/or poorly located high density accommodation, we need to change a few policies and attitudes.

Planners must develop policies which stop letting the volume housebuilders do what they want and which encourage small builders and co-operatives to make a greater contribution to our housing stock.  Government policy now encourages this [4] and the new embryonic Greater Exeter Strategic Plan [5] offers an opportunity to break with the past.  And can we design out the soulless “newness” that infuses new estates, with more architectural variety, mature trees, well-designed communal grass spaces?  Freiburg Vauban has done this successfully.

Planners also need to seek out convertible space.  As the traditional “high street” retail sector declines, floors over shops offer new housing opportunities in very central locations.  The initial Greater Exeter Strategic Plan consultation invites submission of sites suitable for building [6], and it will be interesting to see if anyone does offer up space “over the shop”. 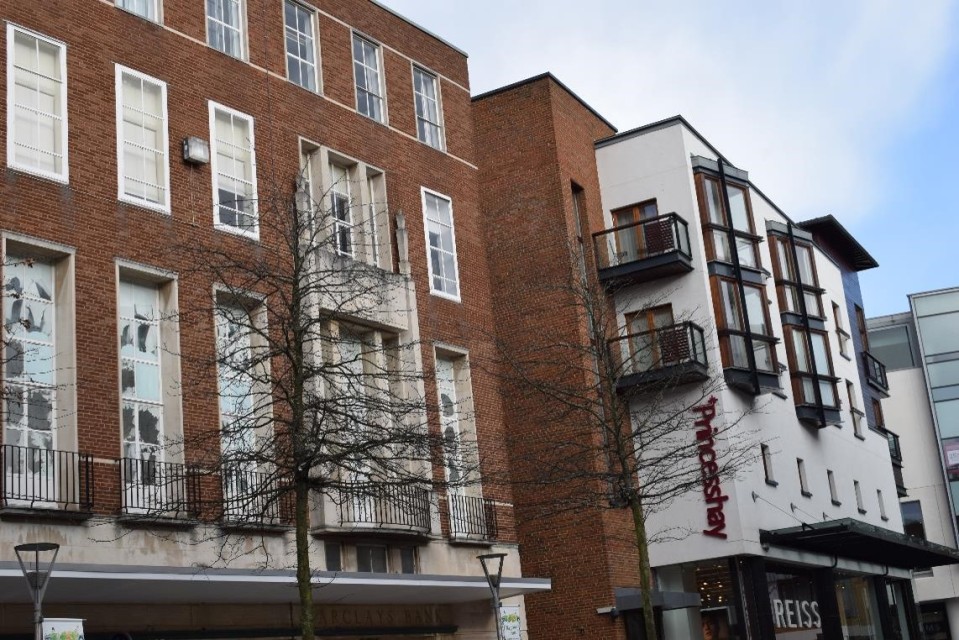 We residents have to change our attitudes as well.  Let’s rely more on communal open space for our rest and recreation rather than tiny fenced-in gardens.  Let’s follow Freiburg Vauban in seriously reducing car use.  Let’s form housing cooperatives to work with architects and builders to design the housing we want, applying principles that respect the finite nature of the country’s natural resources.

None of this is easy.  It requires recognition that indiscriminate land use is storing up problems for the future, ranging from threats to the continued existence of some wildlife species, through maintaining ecosystems which provide us with fresh water and carbon sinks, to being able to grow the food we all need.  This recognition will come on a sufficient scale if community leaders take action to spell out the importance of change.  It’s a sad reflection that the current political leaderships in both Westminster and Exeter Civic Centre show no sign of being willing or able to step up to the task.

1.  There are other ways of measuring density, including people per hectare or bedrooms per hectare. The dwellings per hectare measure is much simpler to calculate, and will usually understate people density because it takes no account of how many floors the building has (and in Exeter very few are single-storey).  My calculations are made using Google maps, and including gardens as part of the dwelling unit.

3.  This extract was reproduced in the email edition of “Latest Council News” issued by the City Council on 14 March 2017 (and on Facebook on 13 March at https://www.facebook.com/notes/exeter-city-council/could-exeter-be-a-more-perfectly-positioned-city/1325345727503465/ ). Given that we have a housing crisis in the city, I thought it deeply insensitive that the Council should be promoting such stuff.  A complaint to the councillor responsible for communications, Ollie Pearson, has not elicited a response.